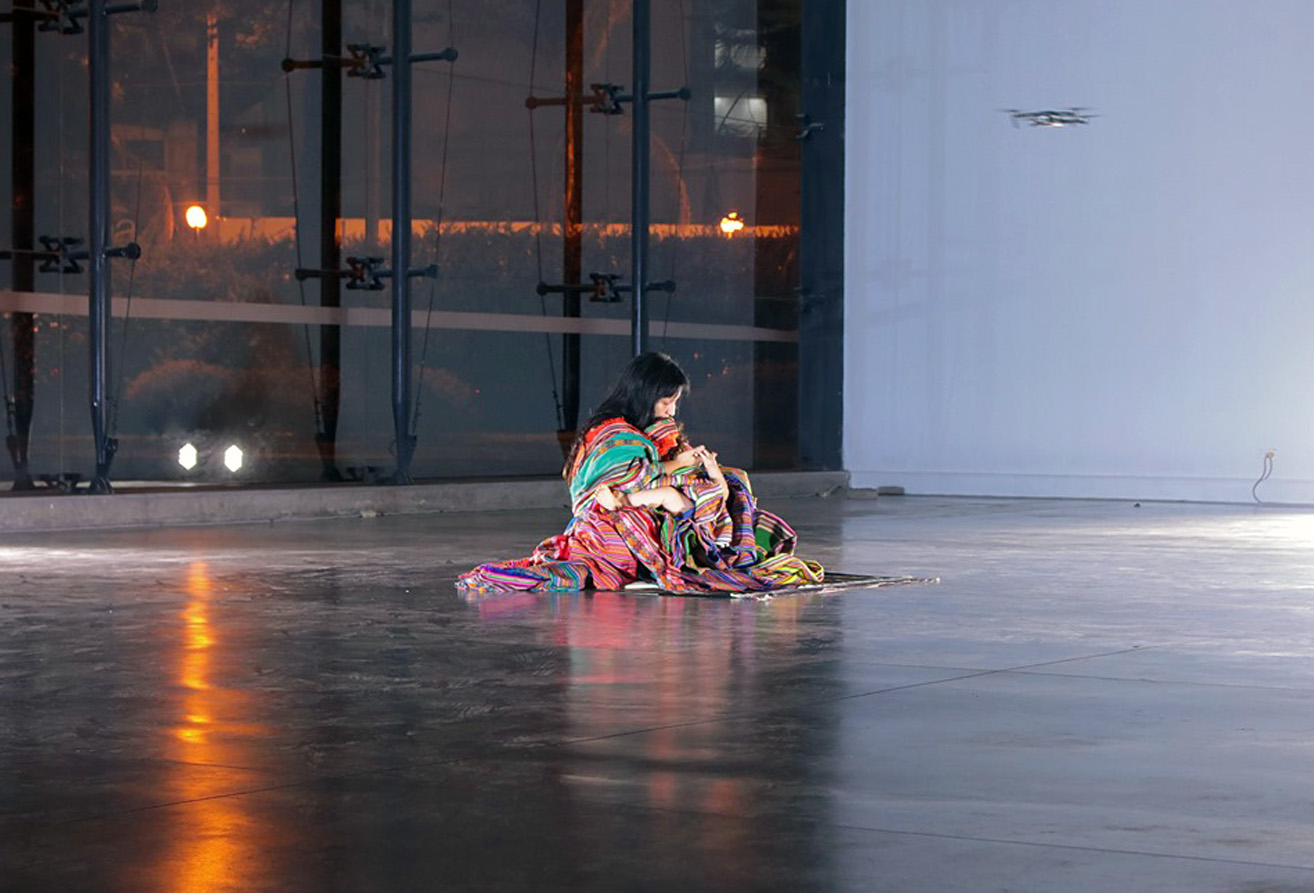 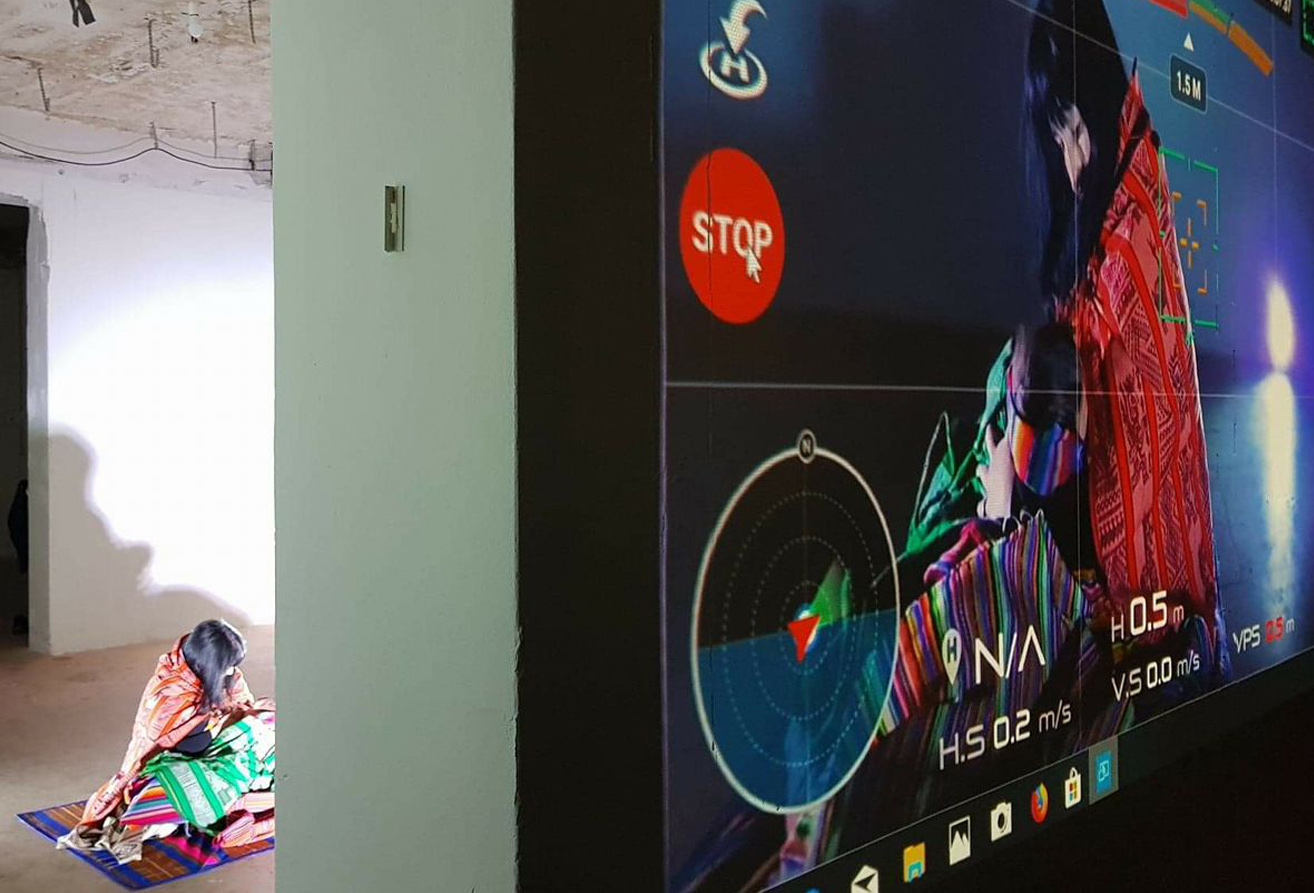 Also motherhood (I breastfeed my newborn while a drone films us) 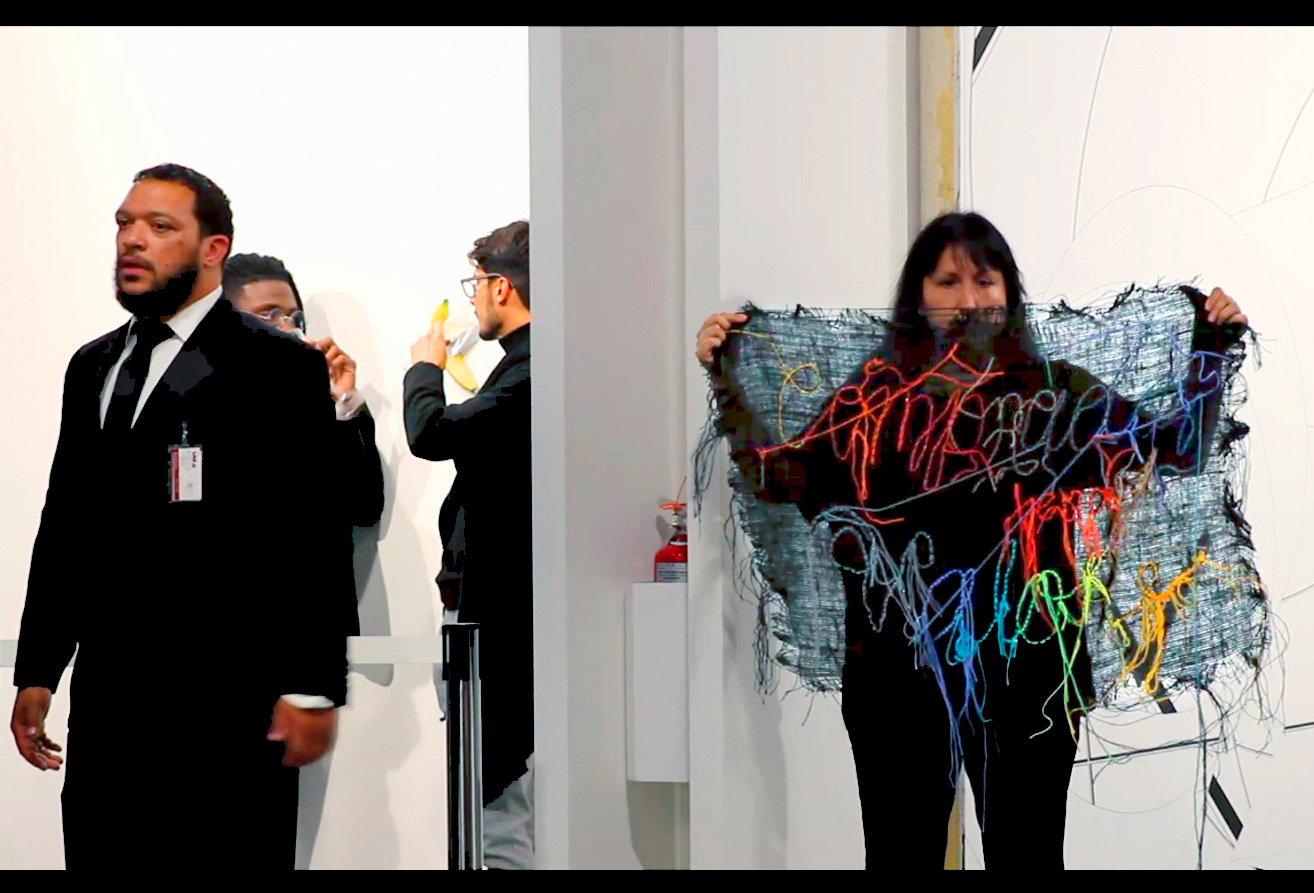 Performance in Art Basel, next to Maurizio Cattelan´s controversial work 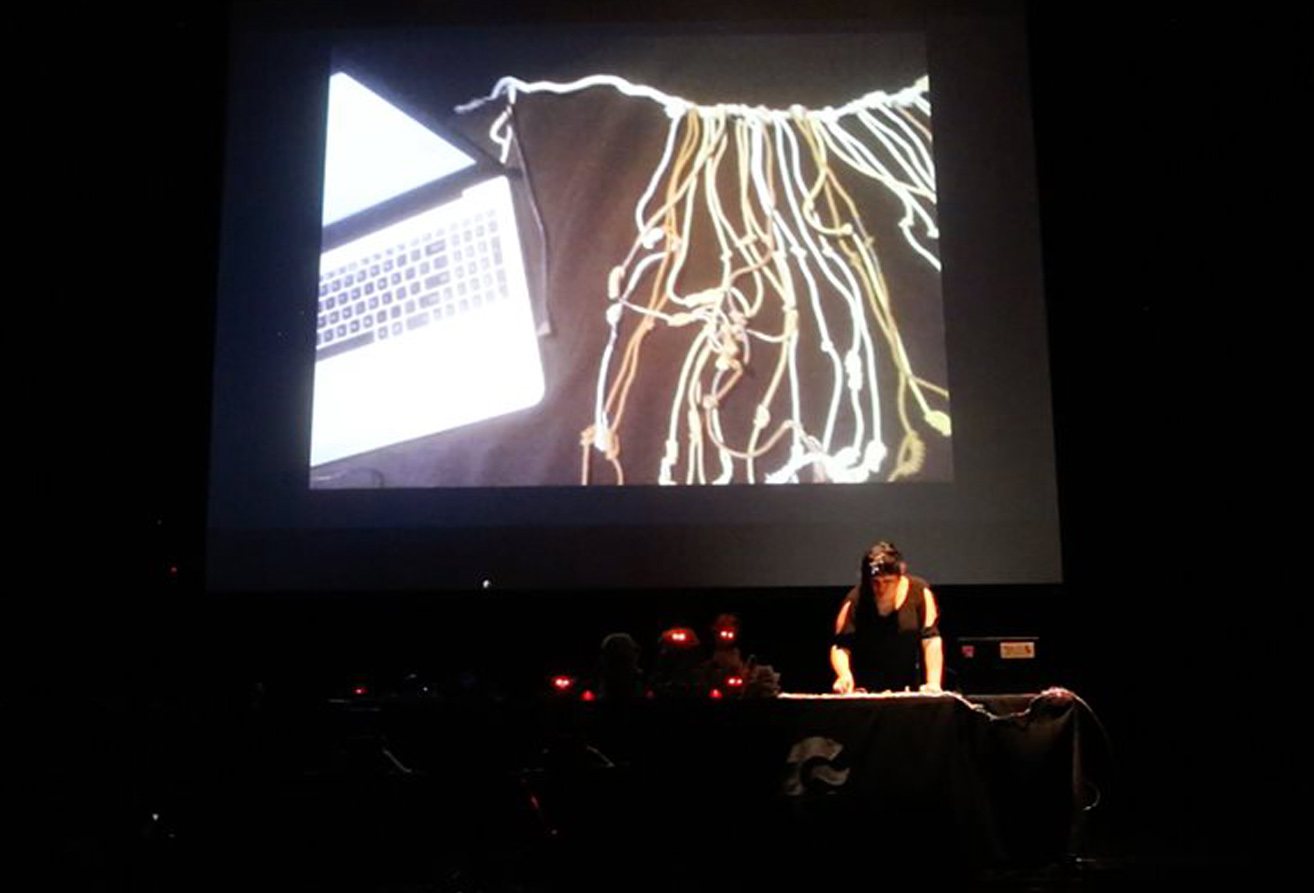 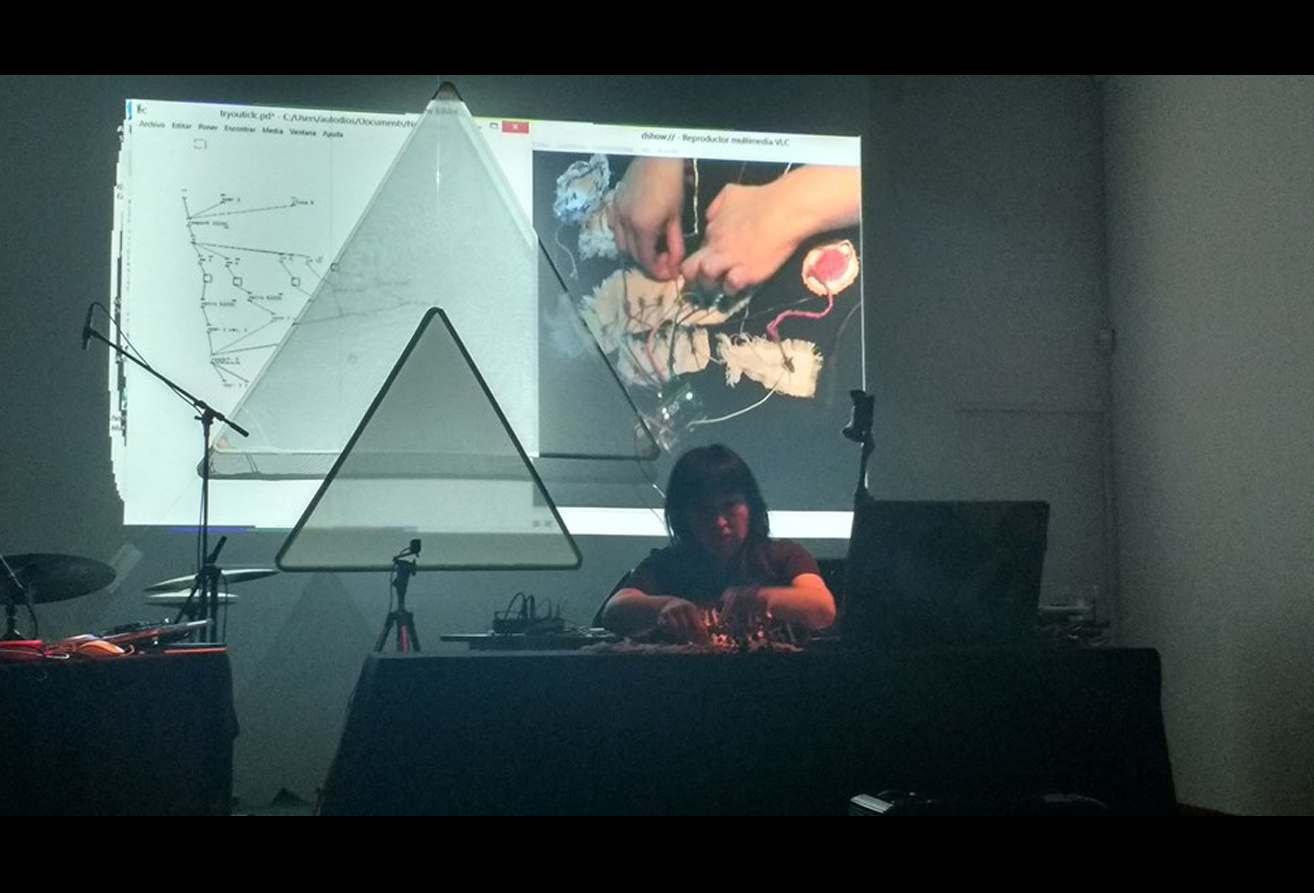 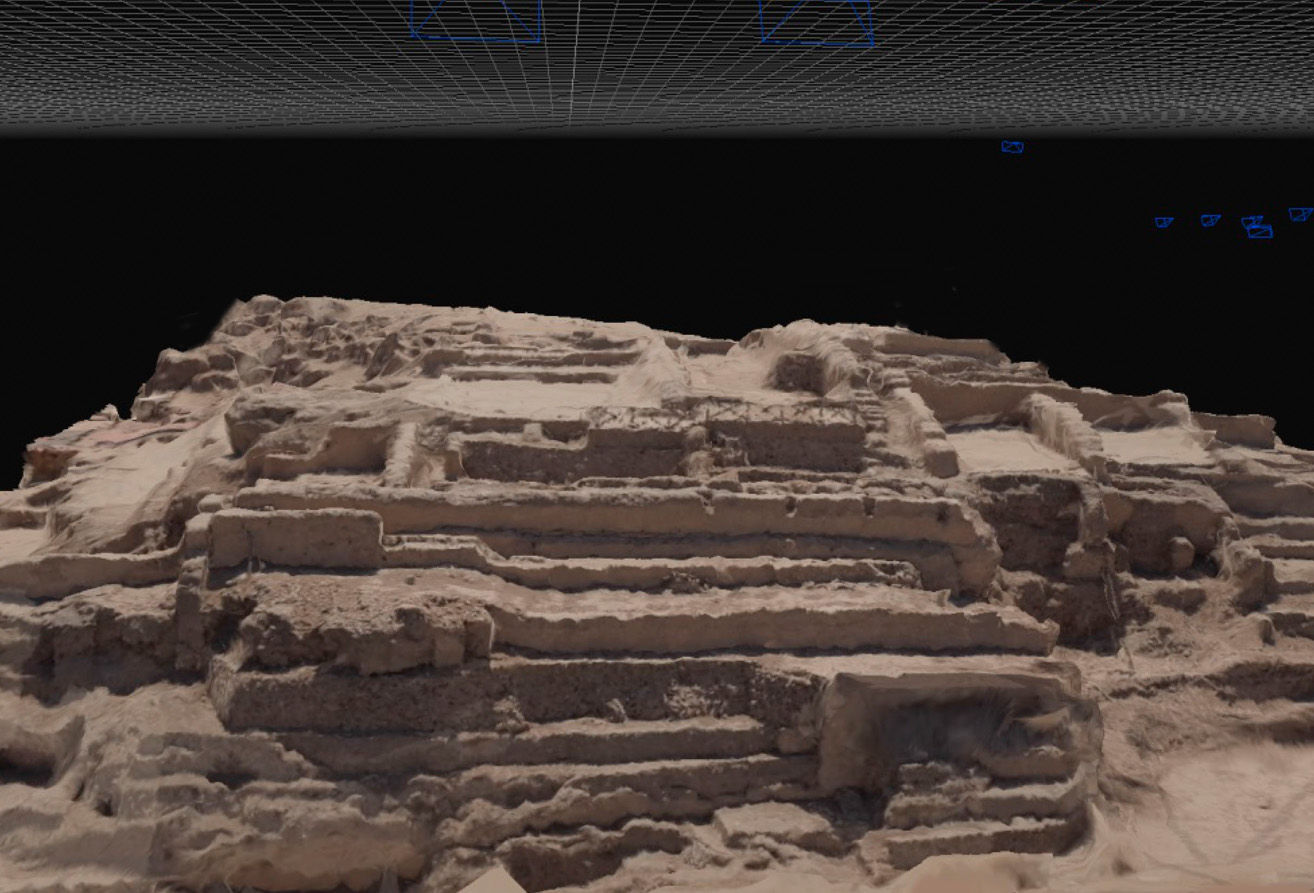 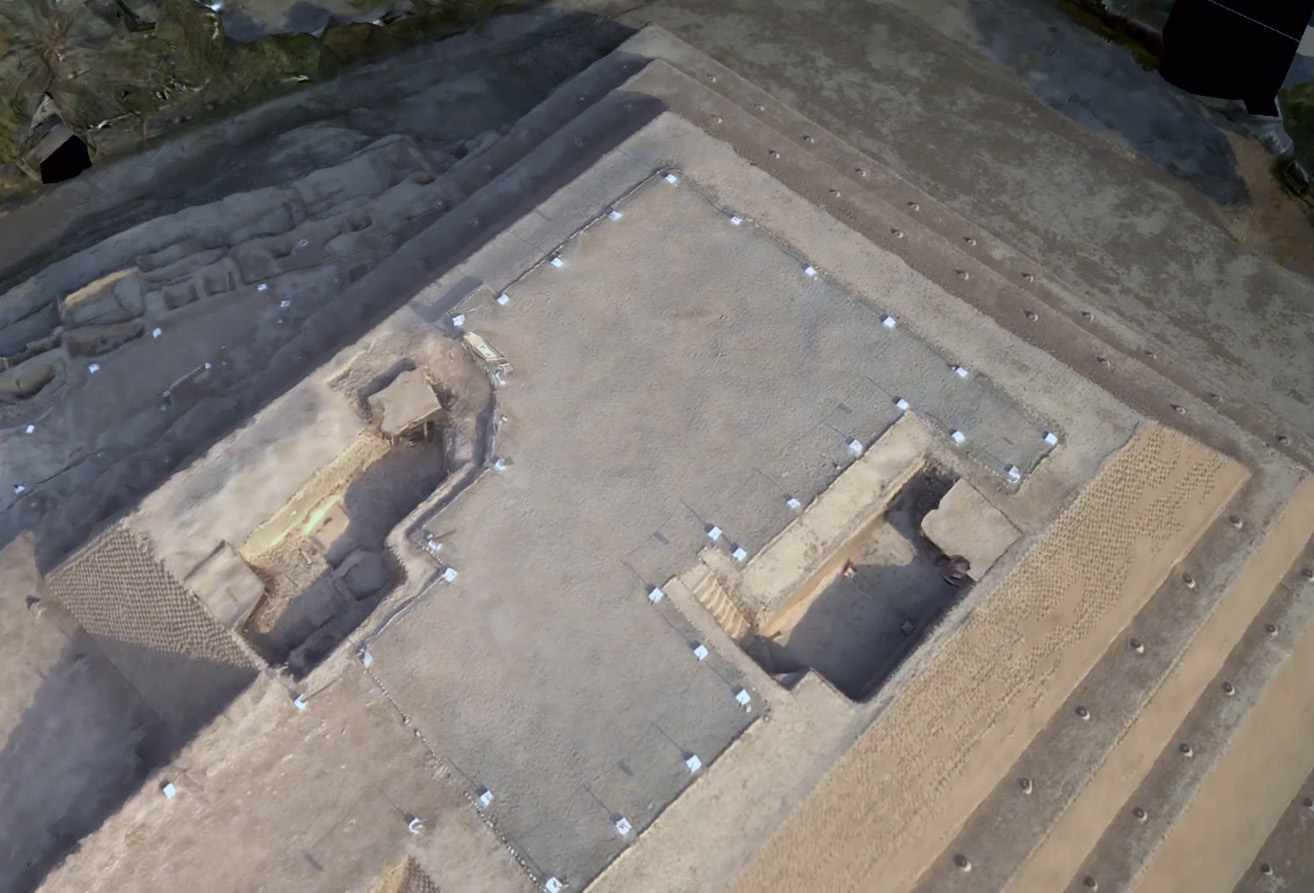 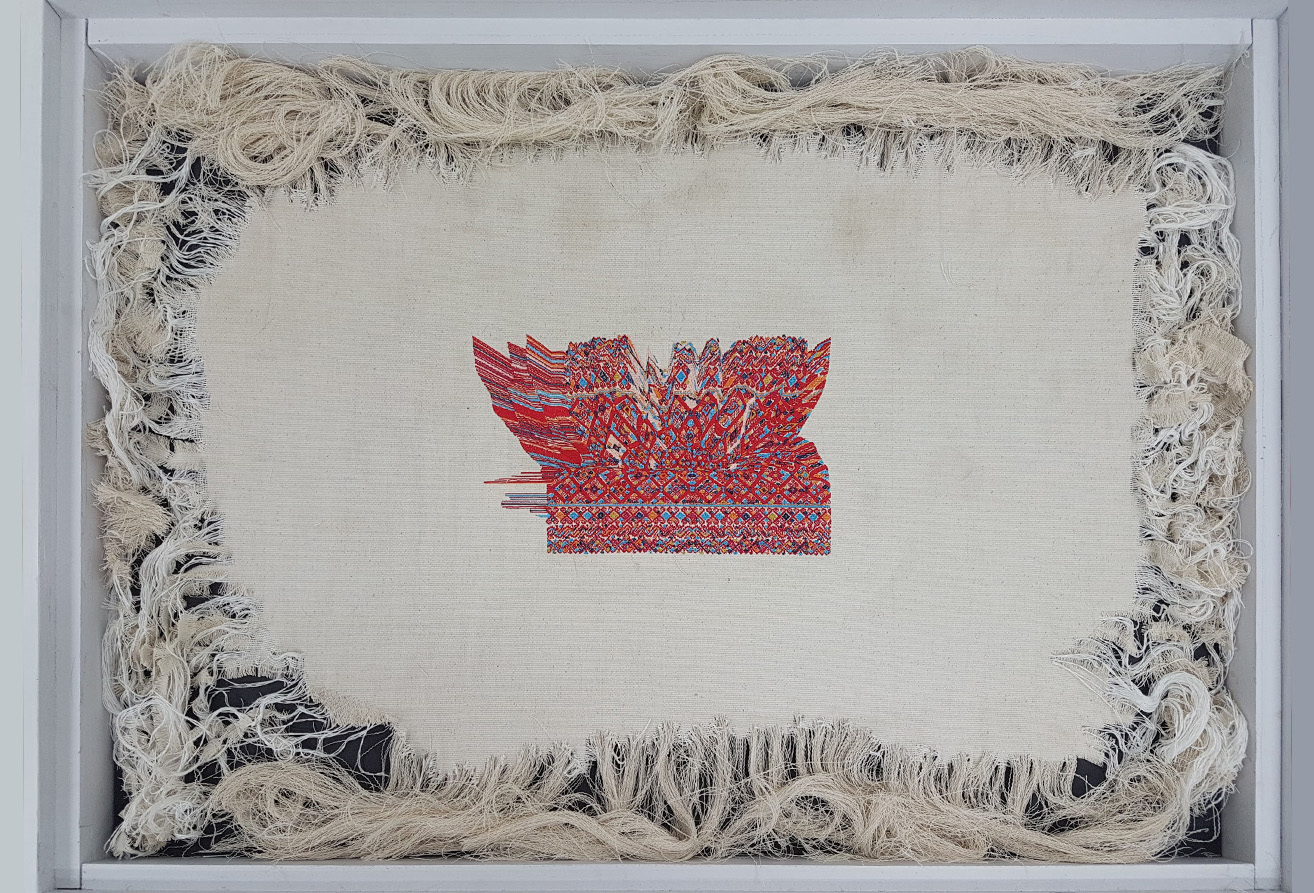 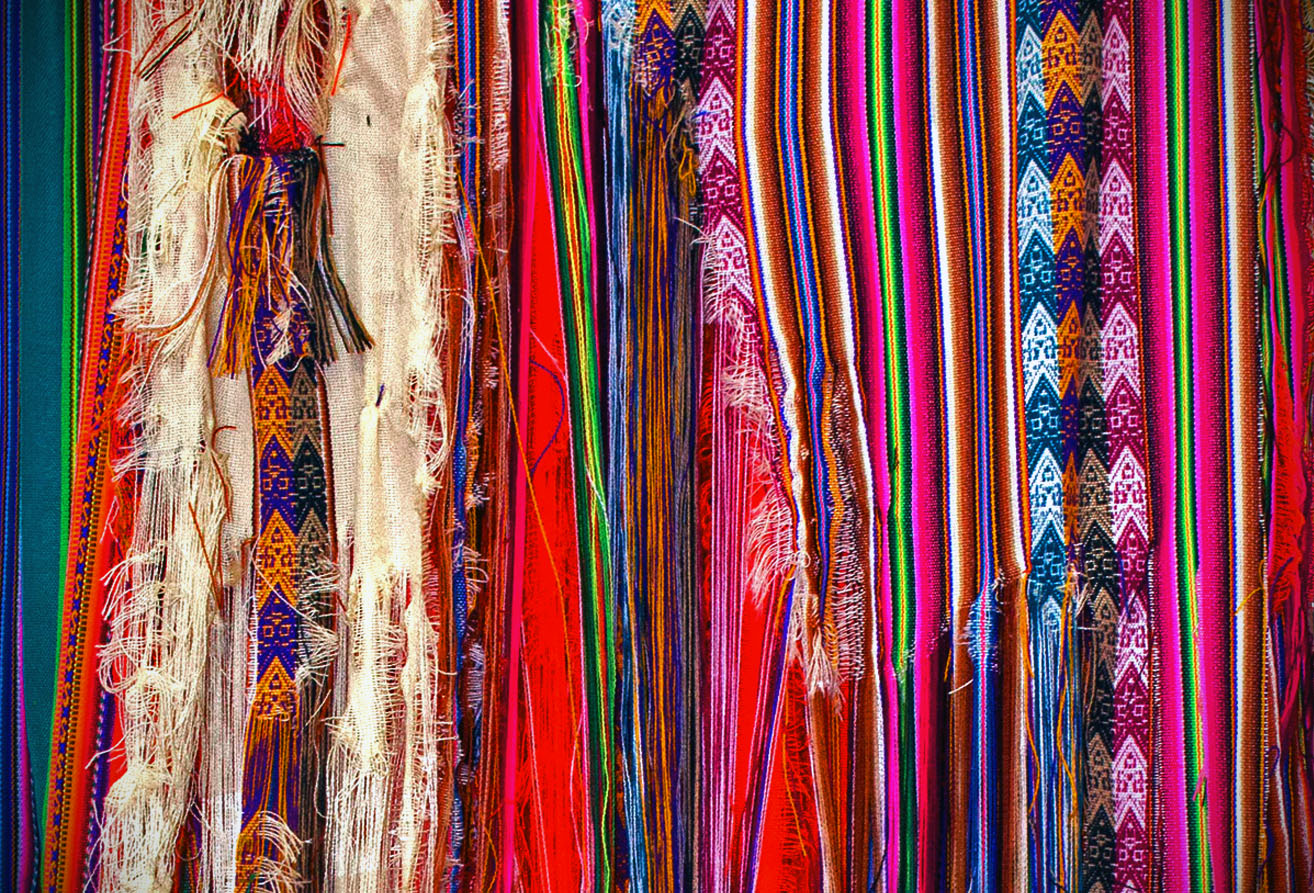 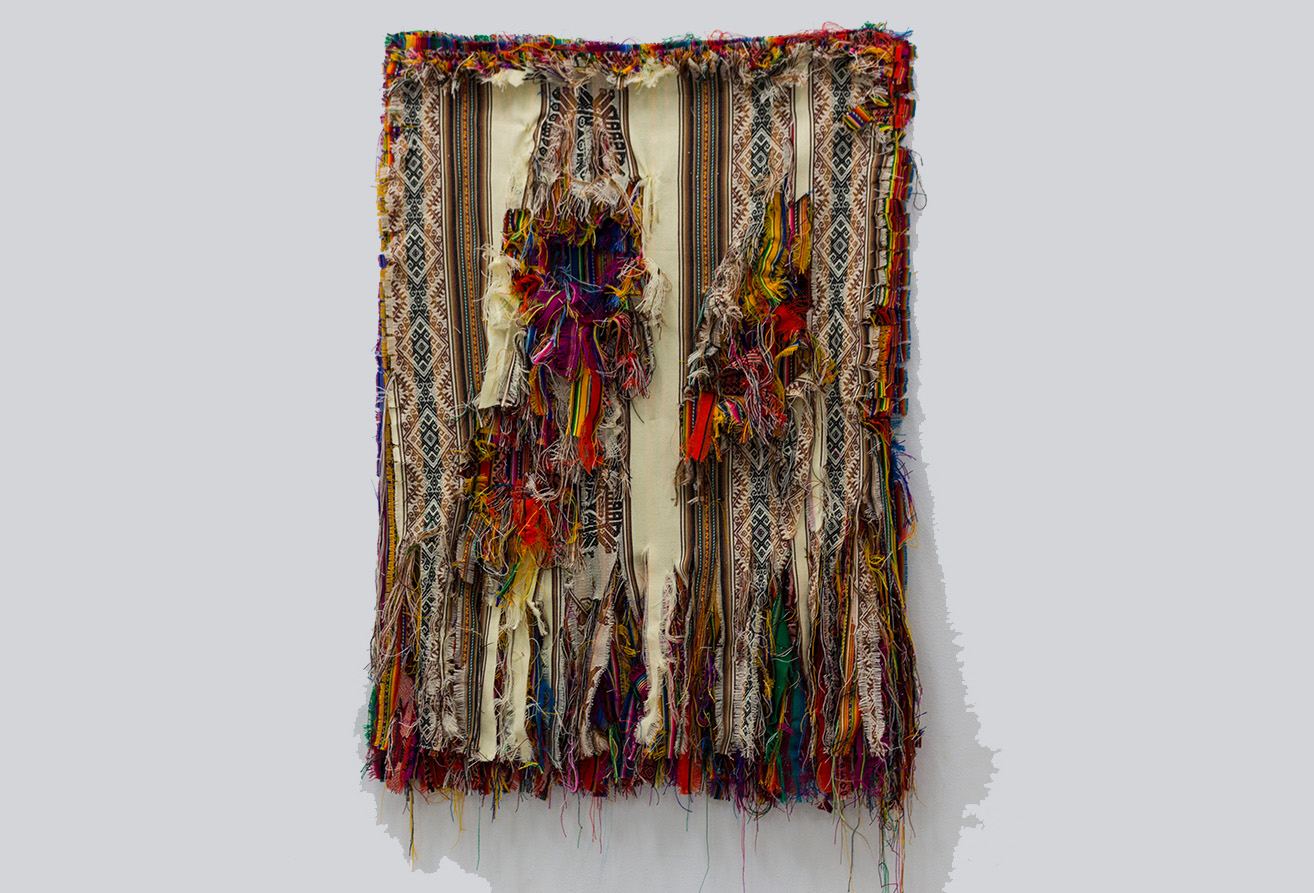 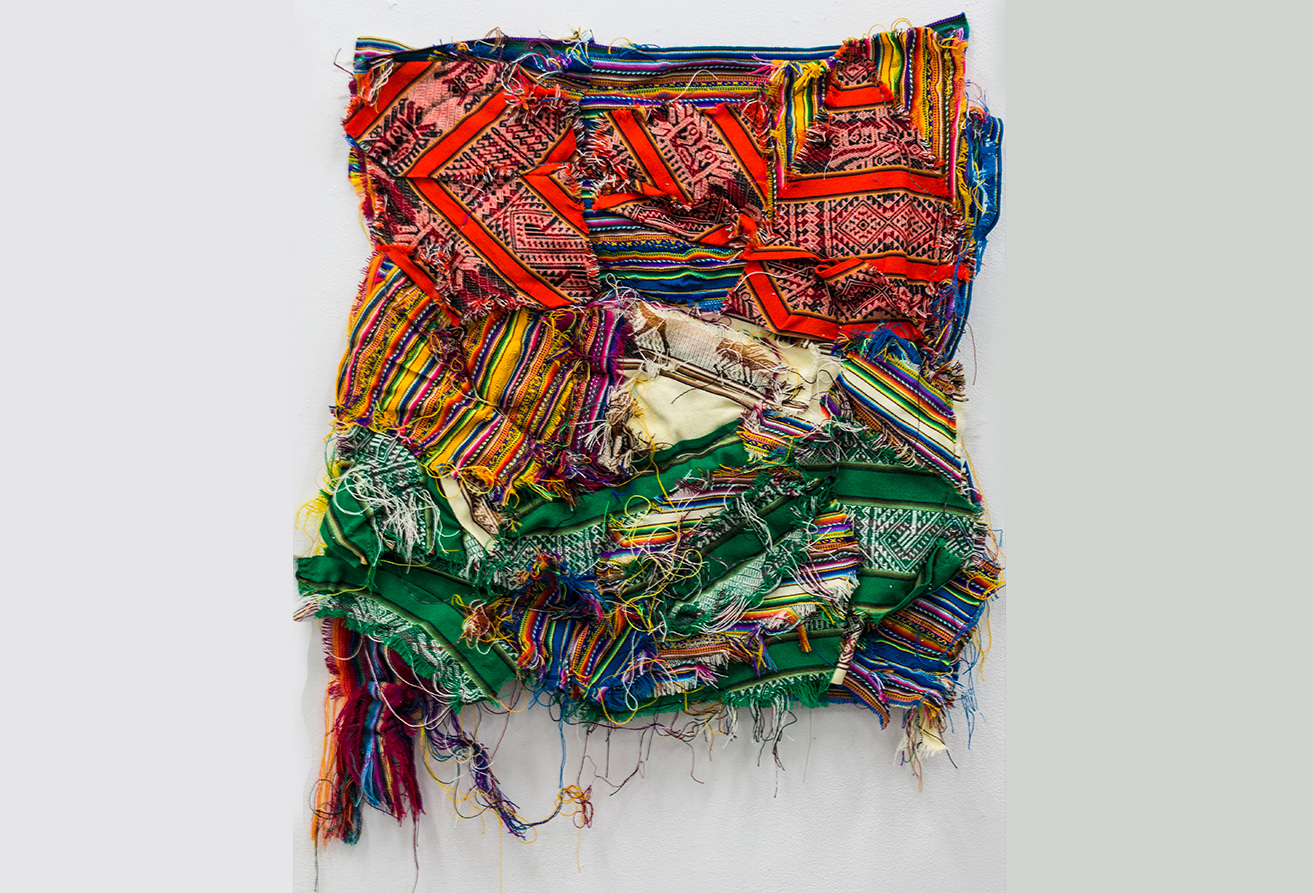 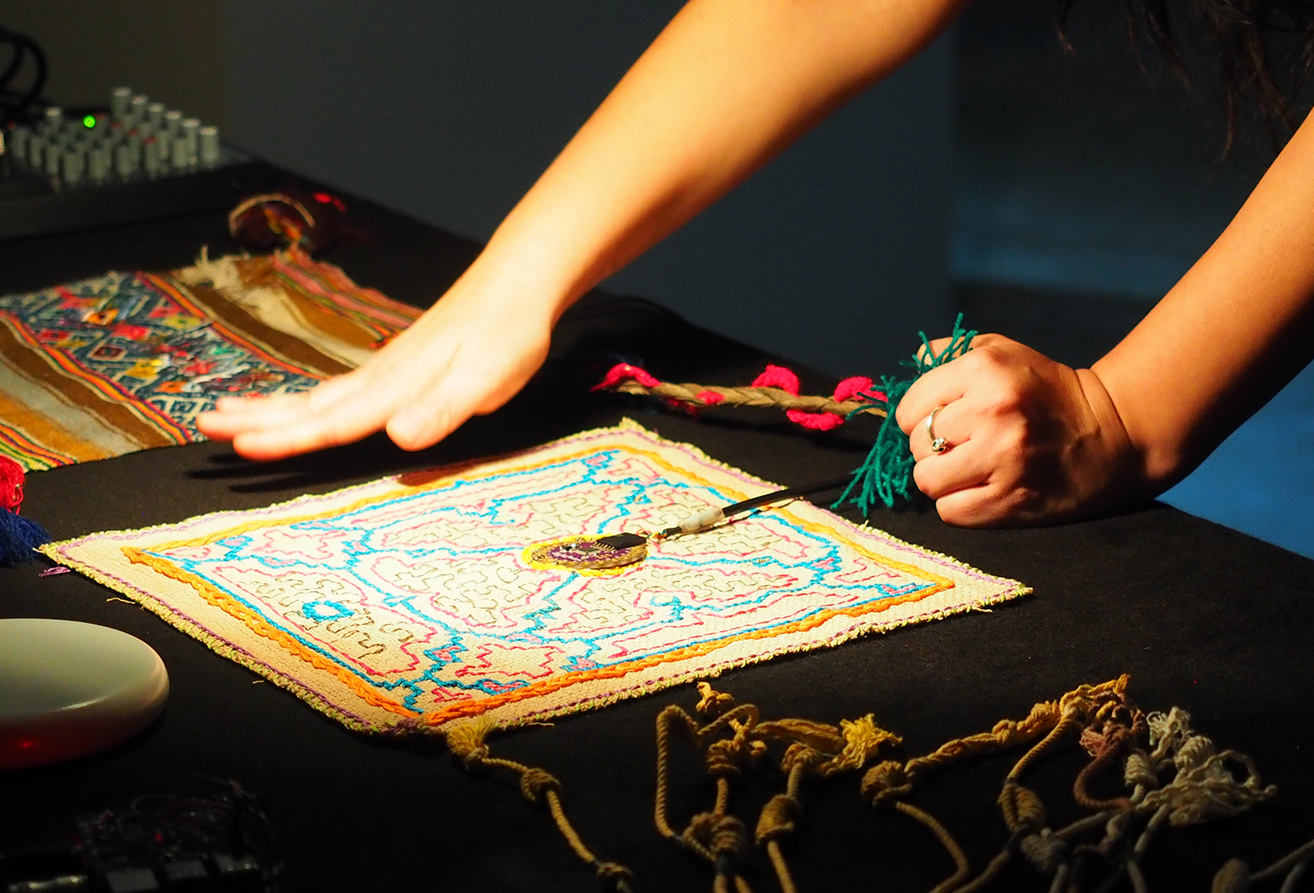 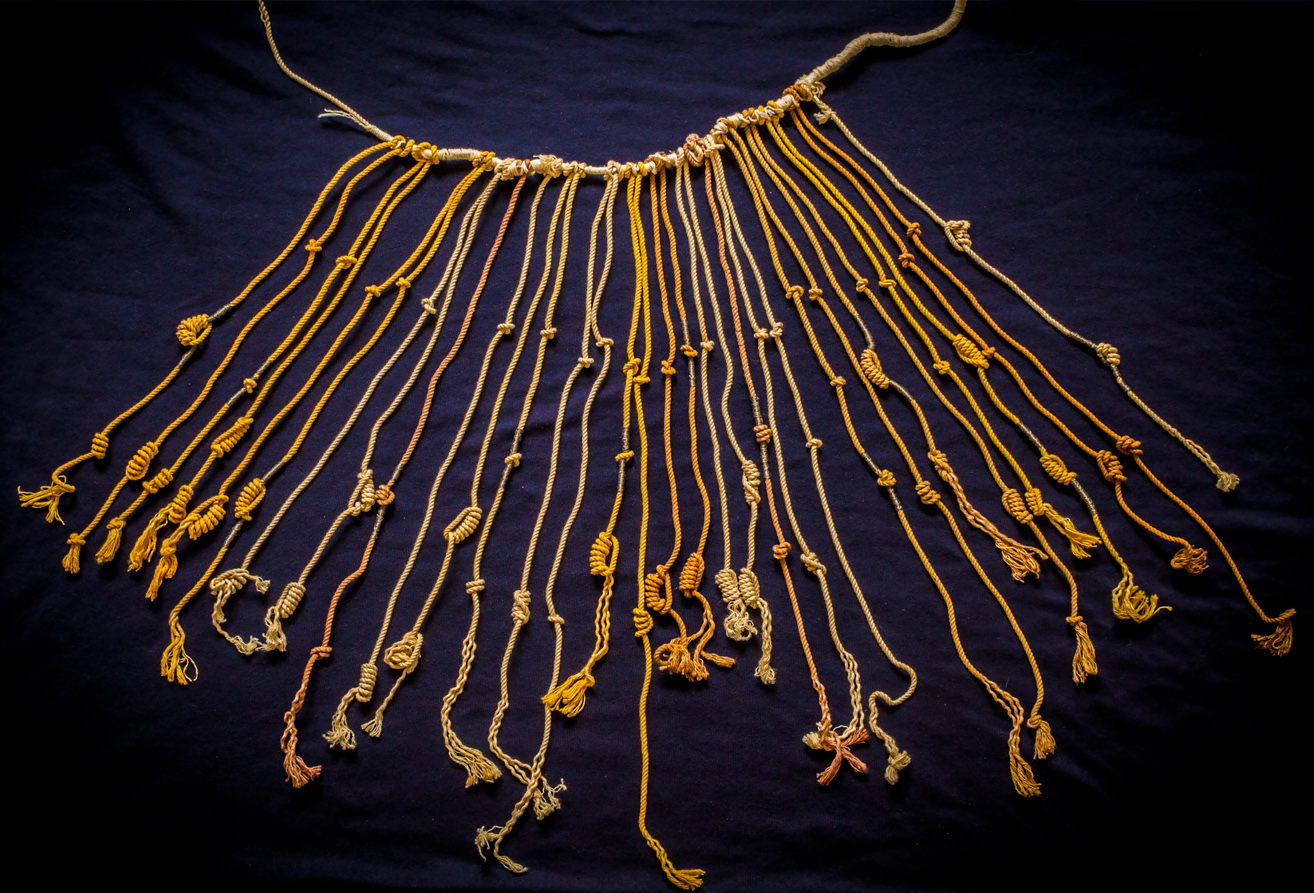 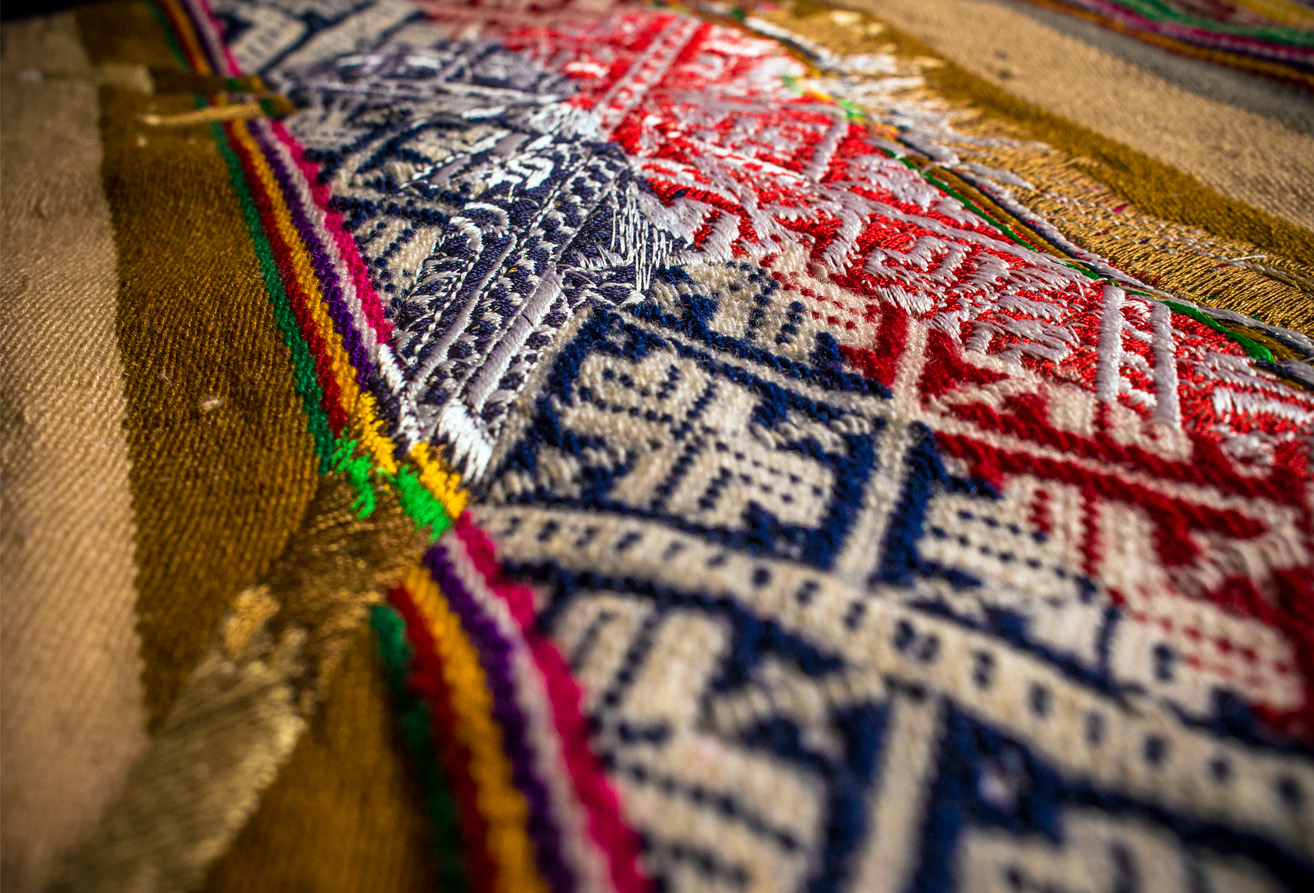 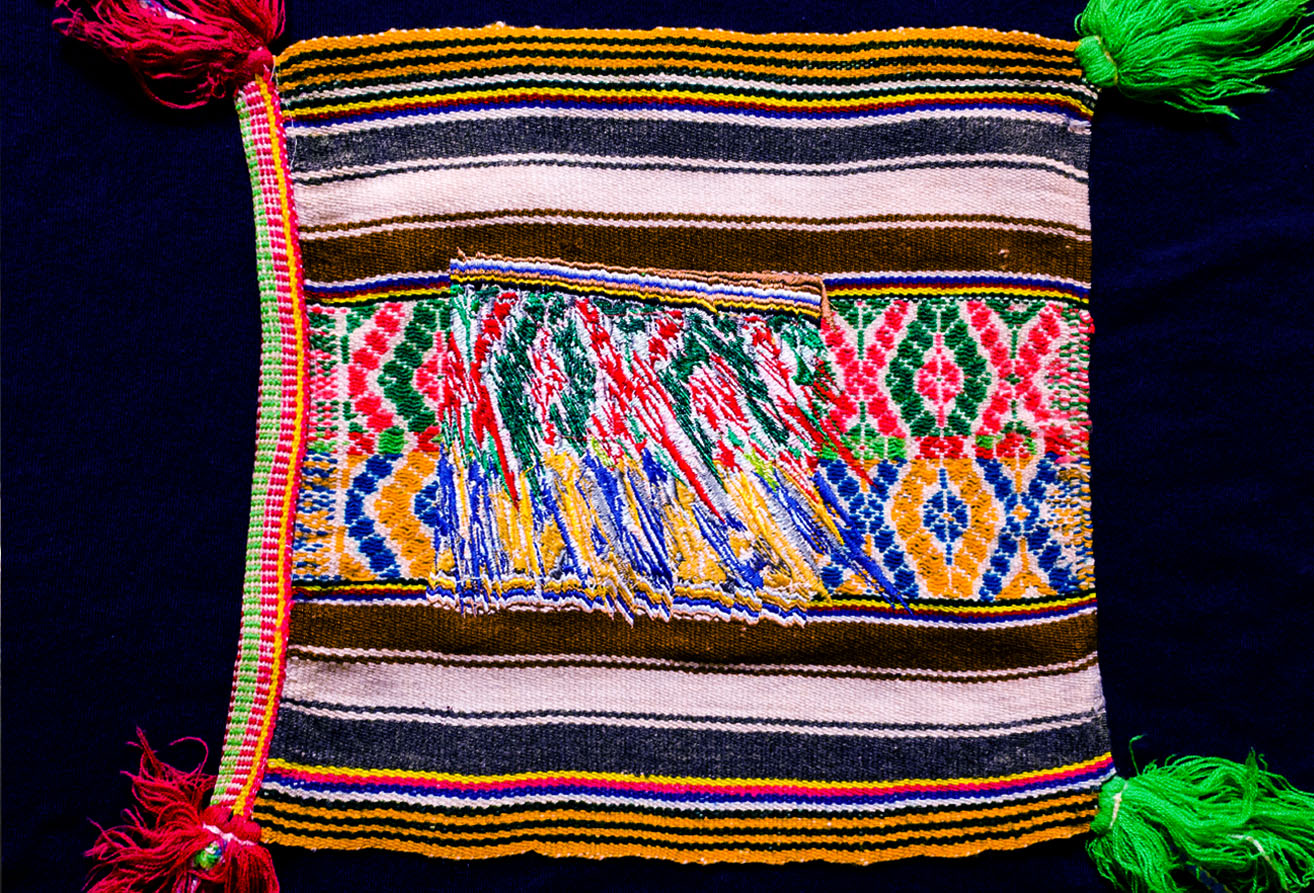 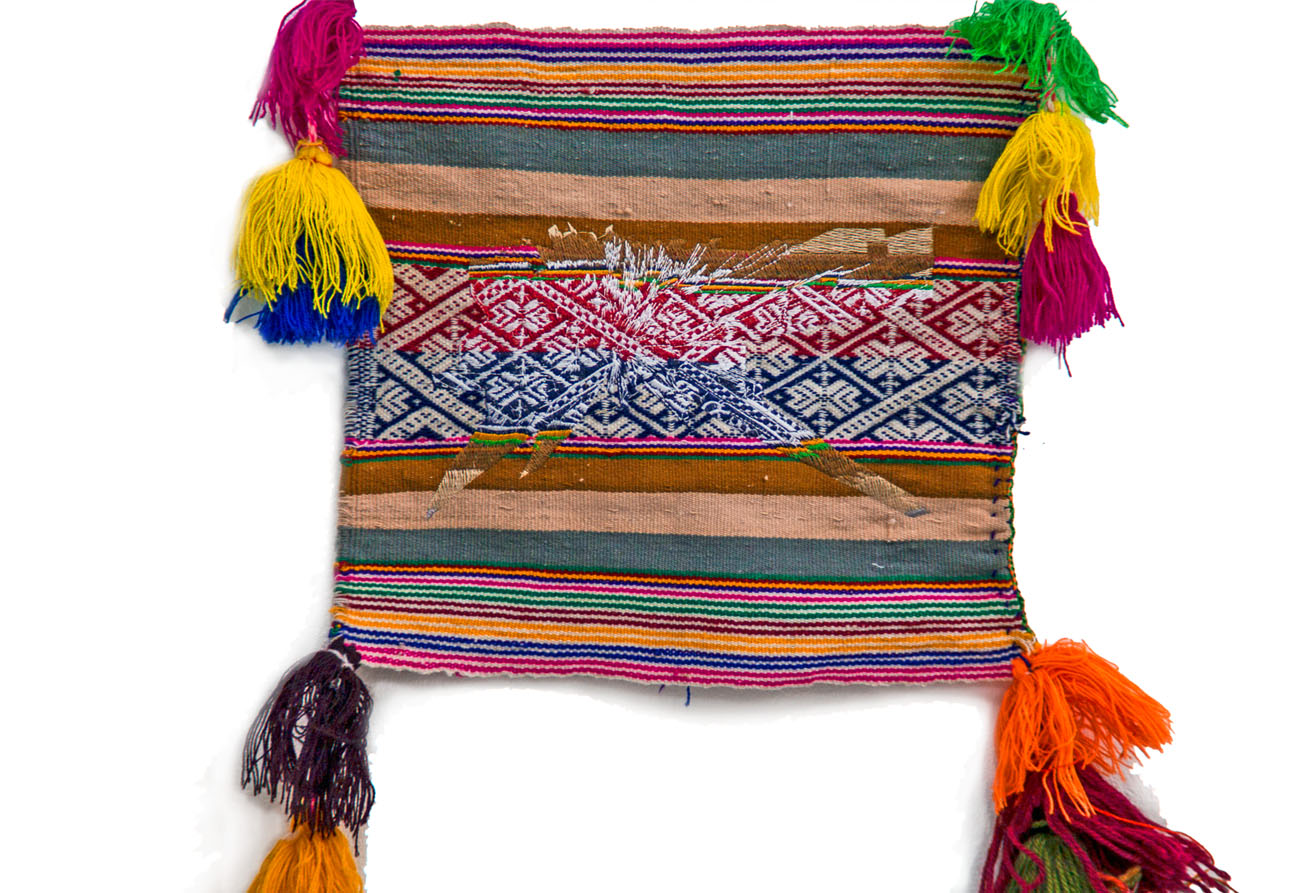 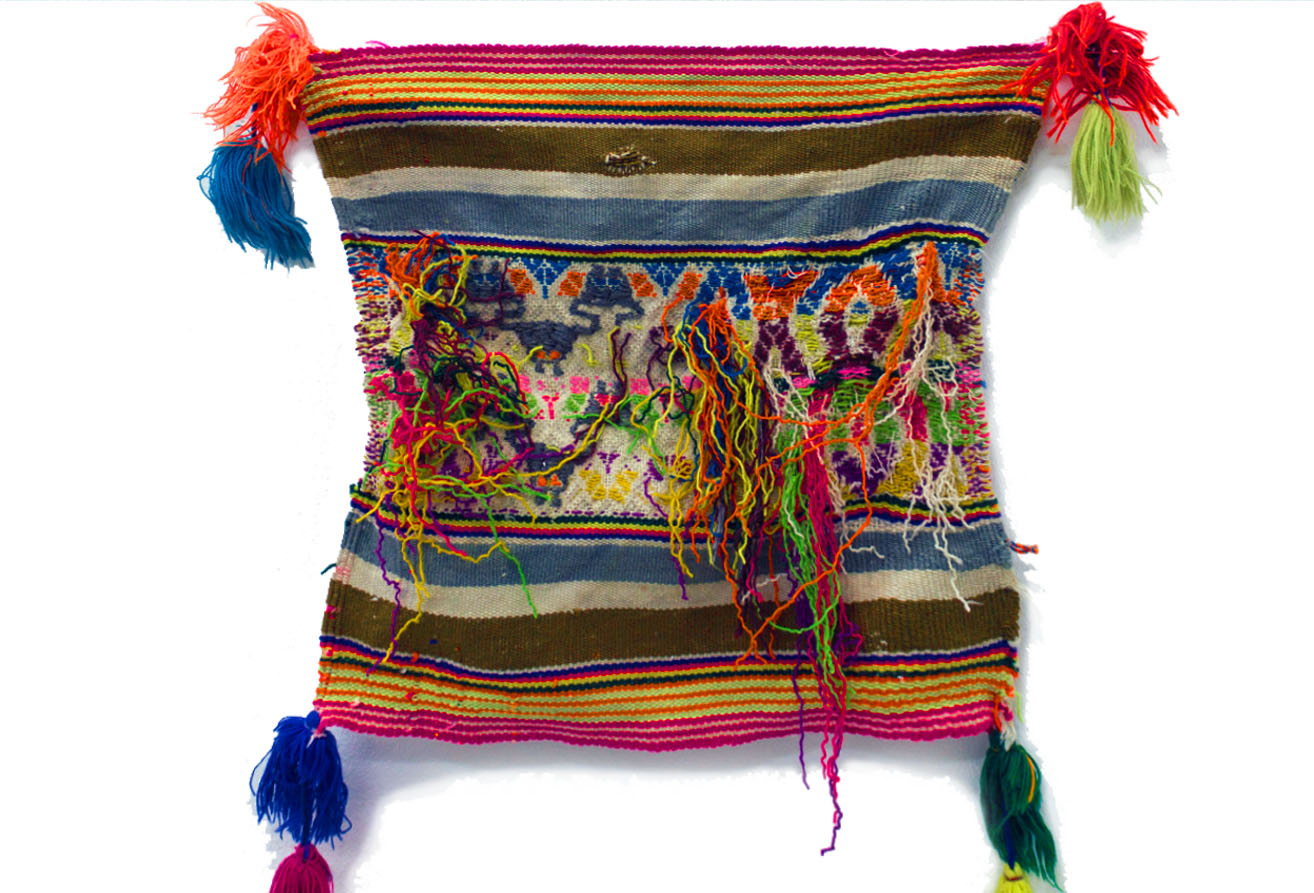 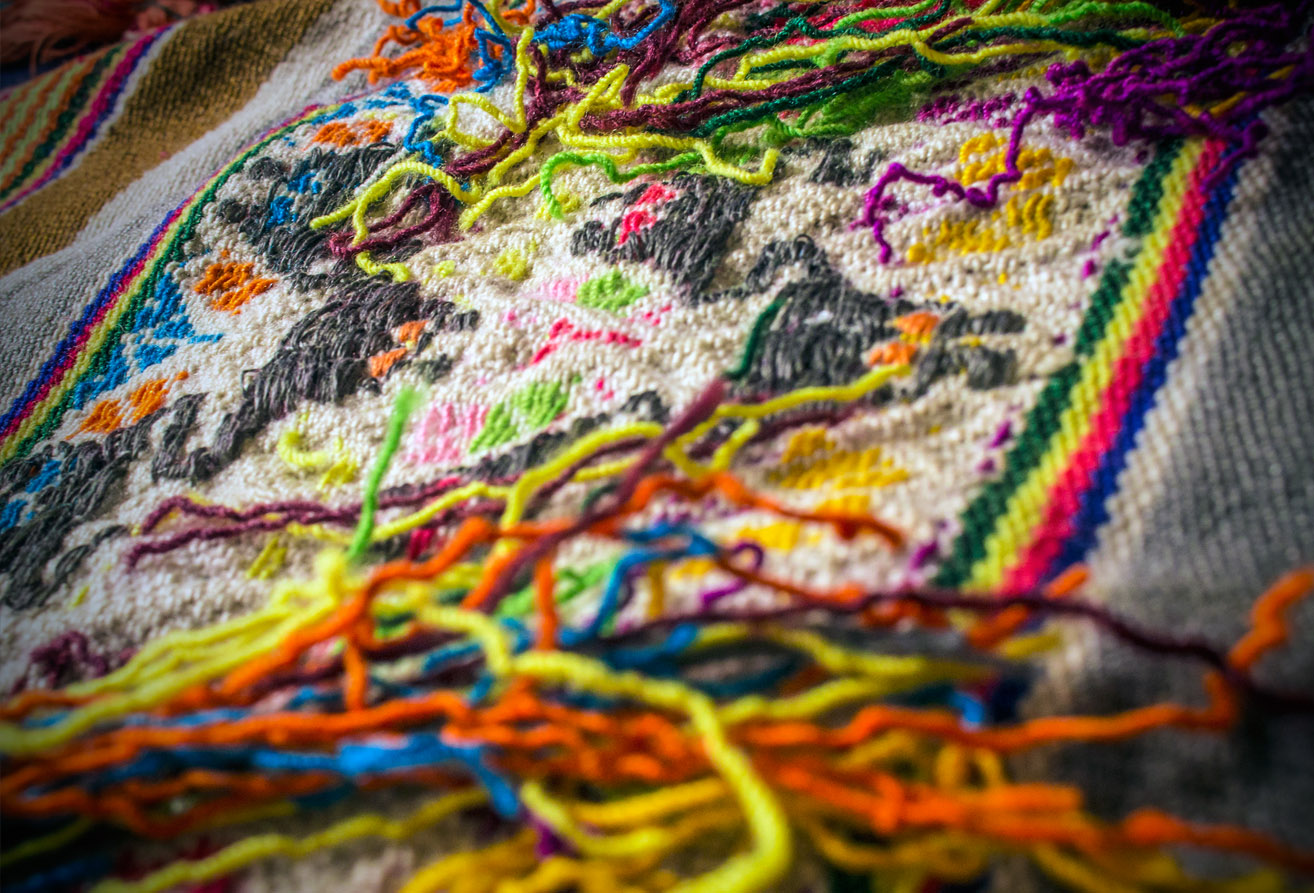 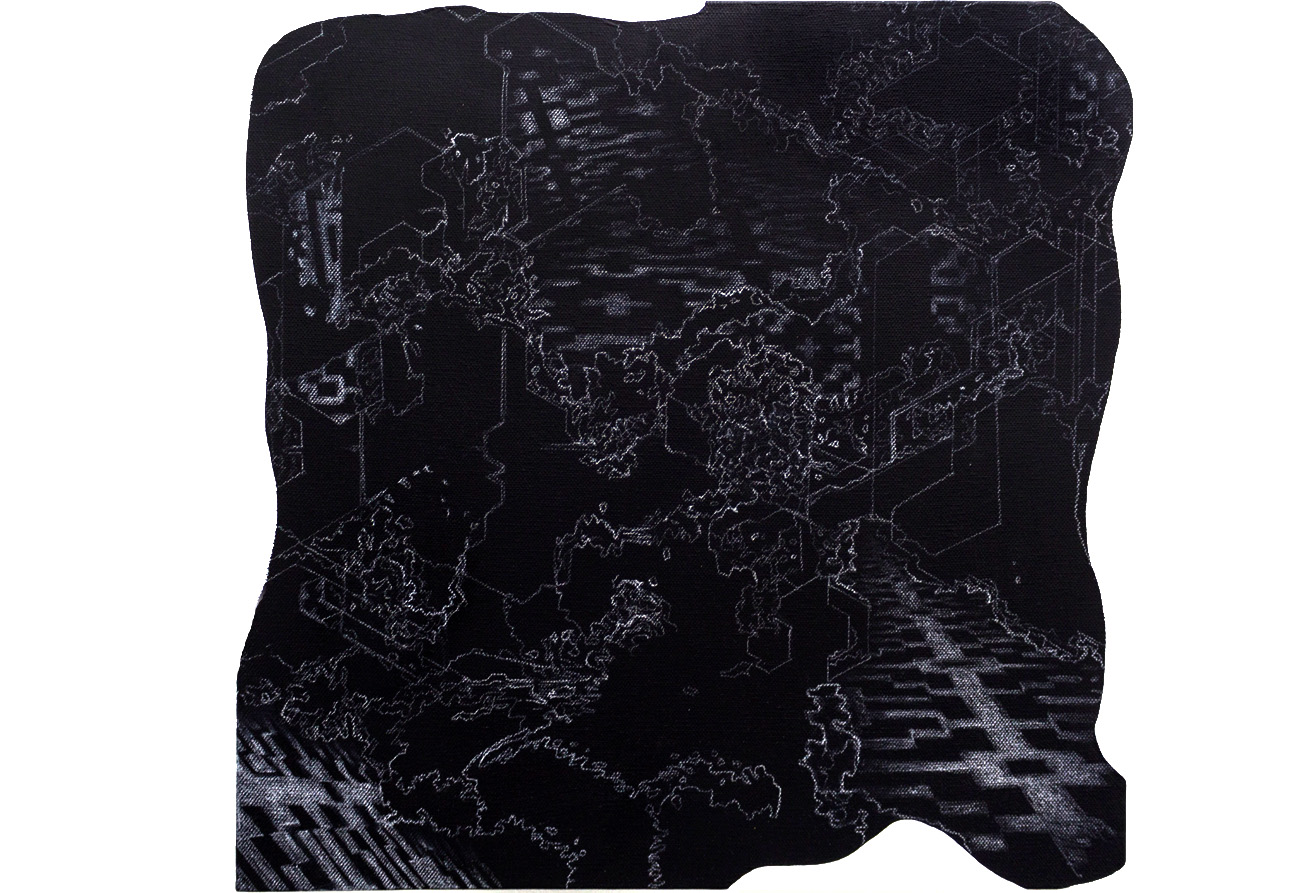 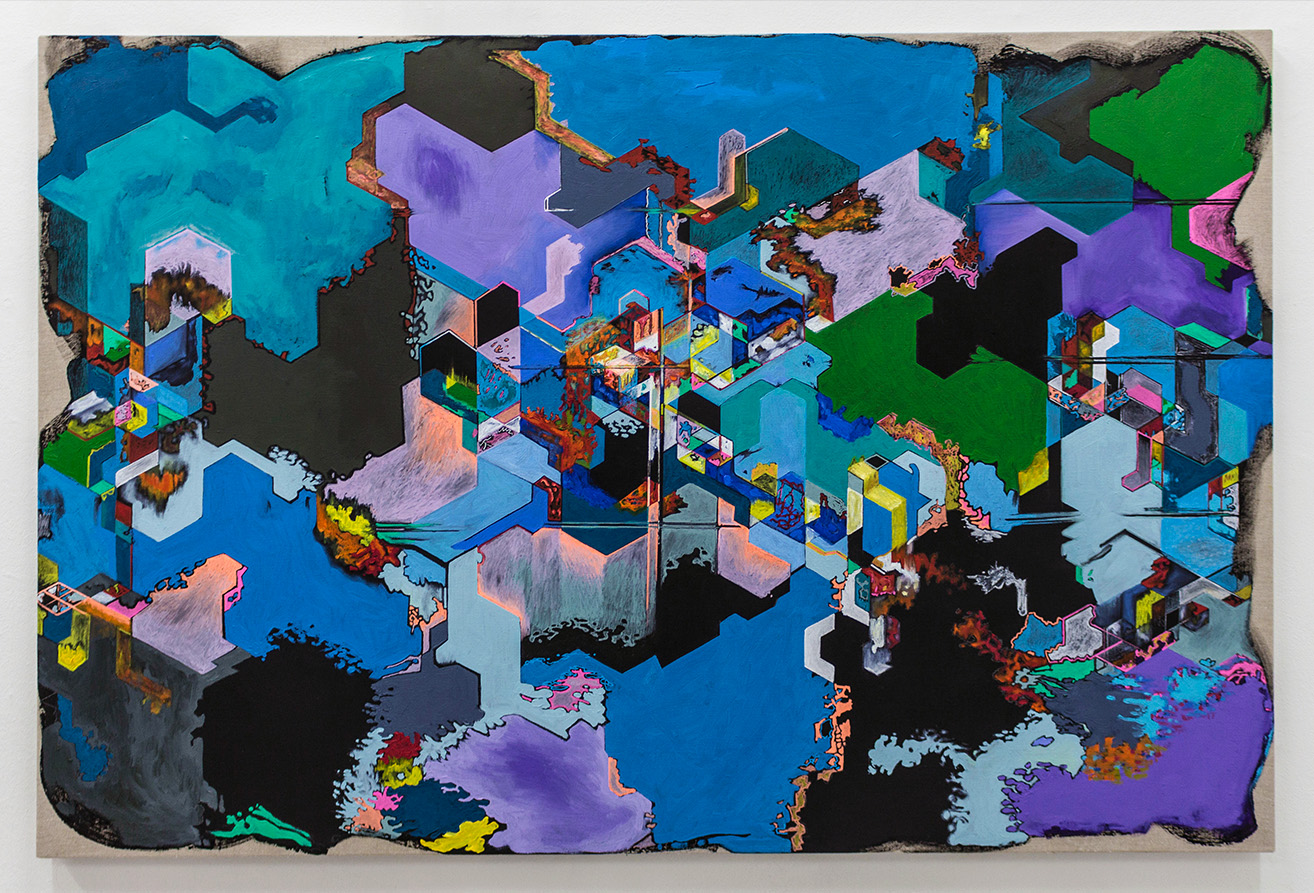 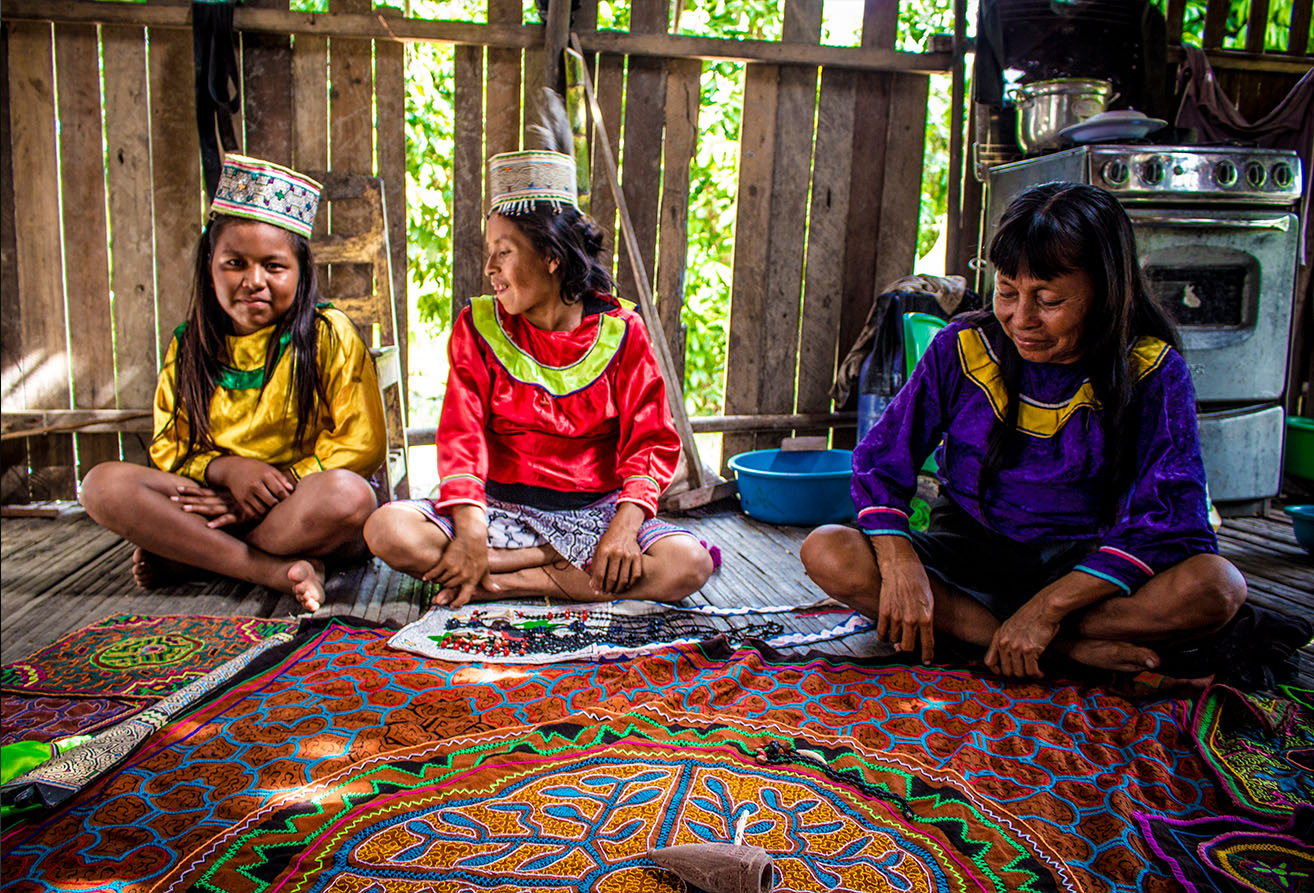 Decoding the Camouflage of the Serpent (2016) 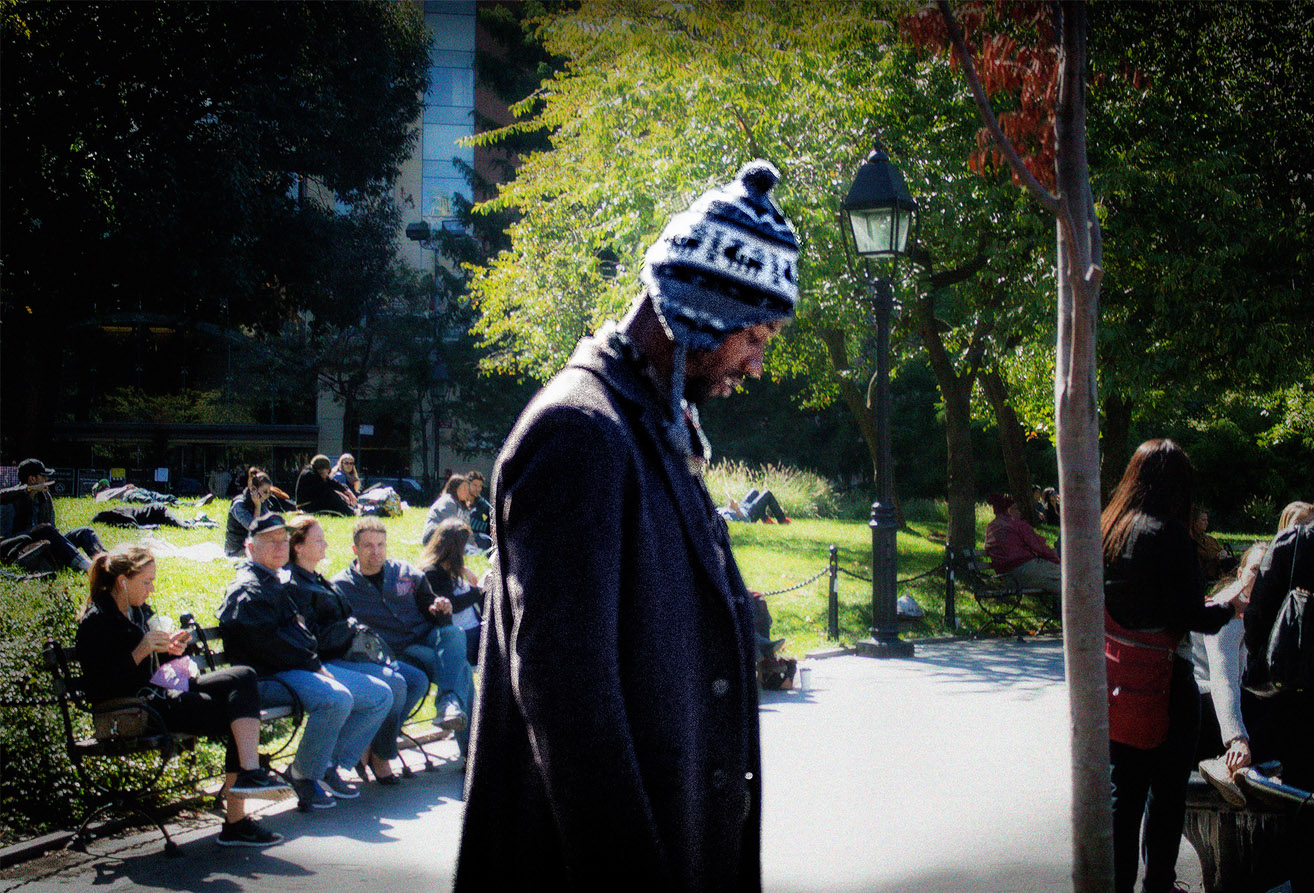 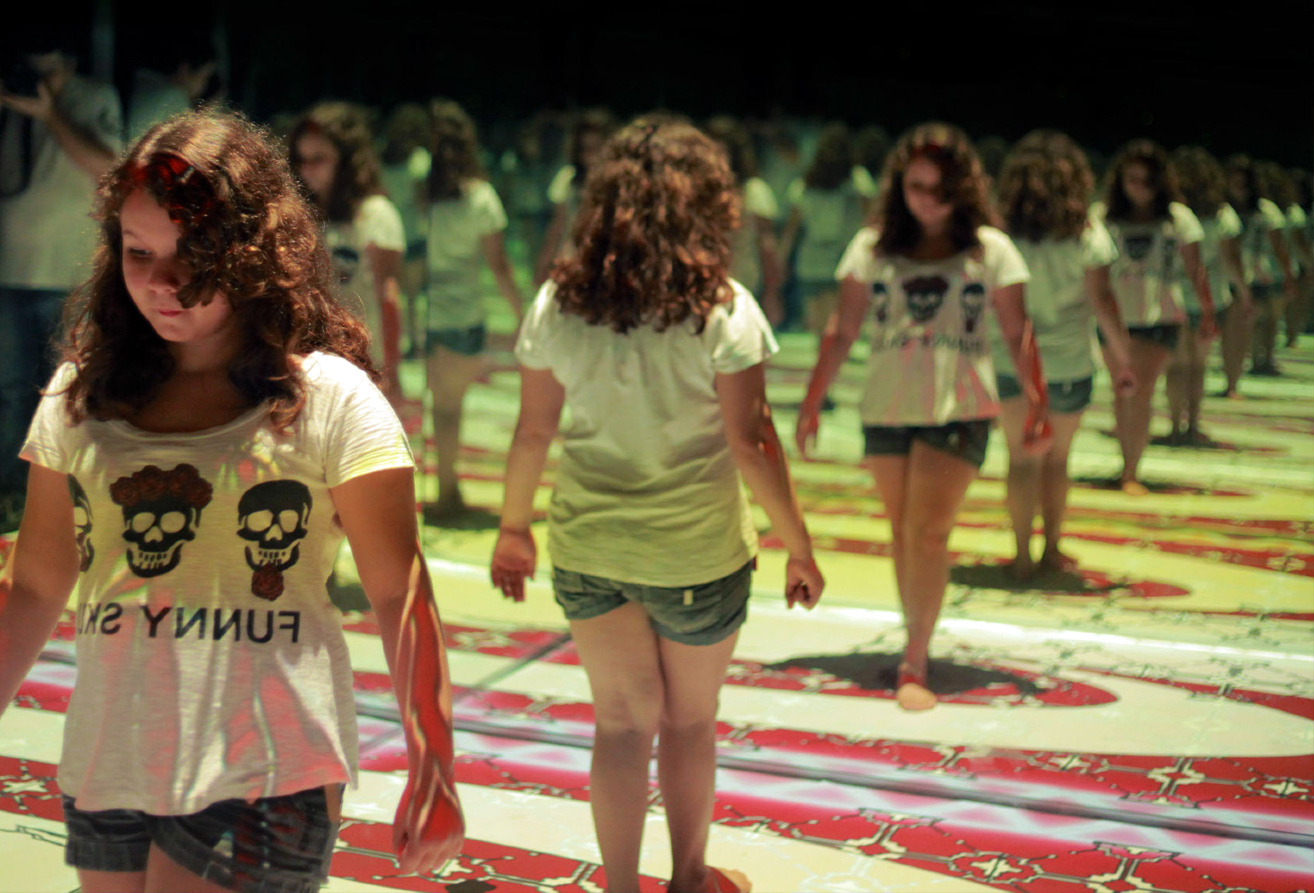 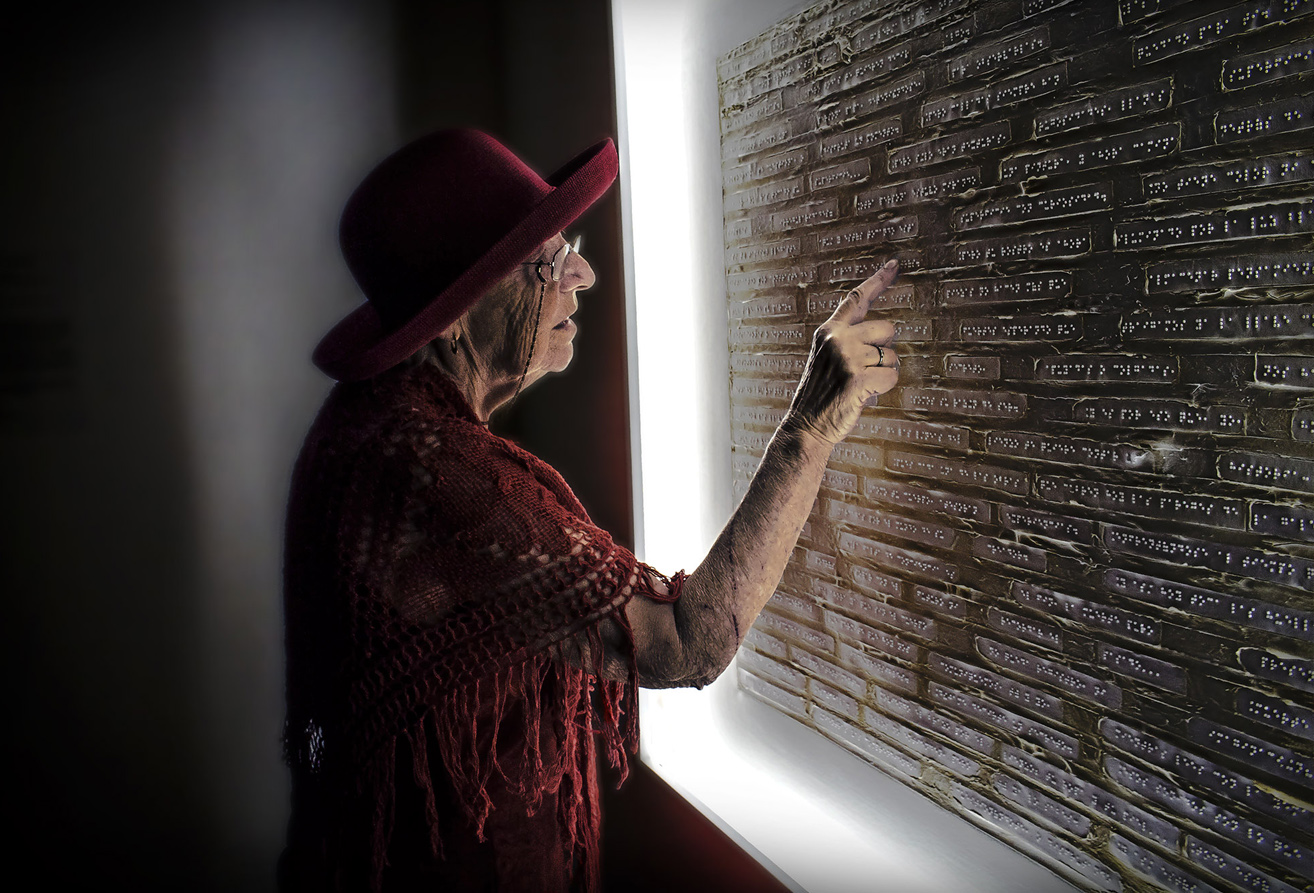 Tactile translations of visuals to sound 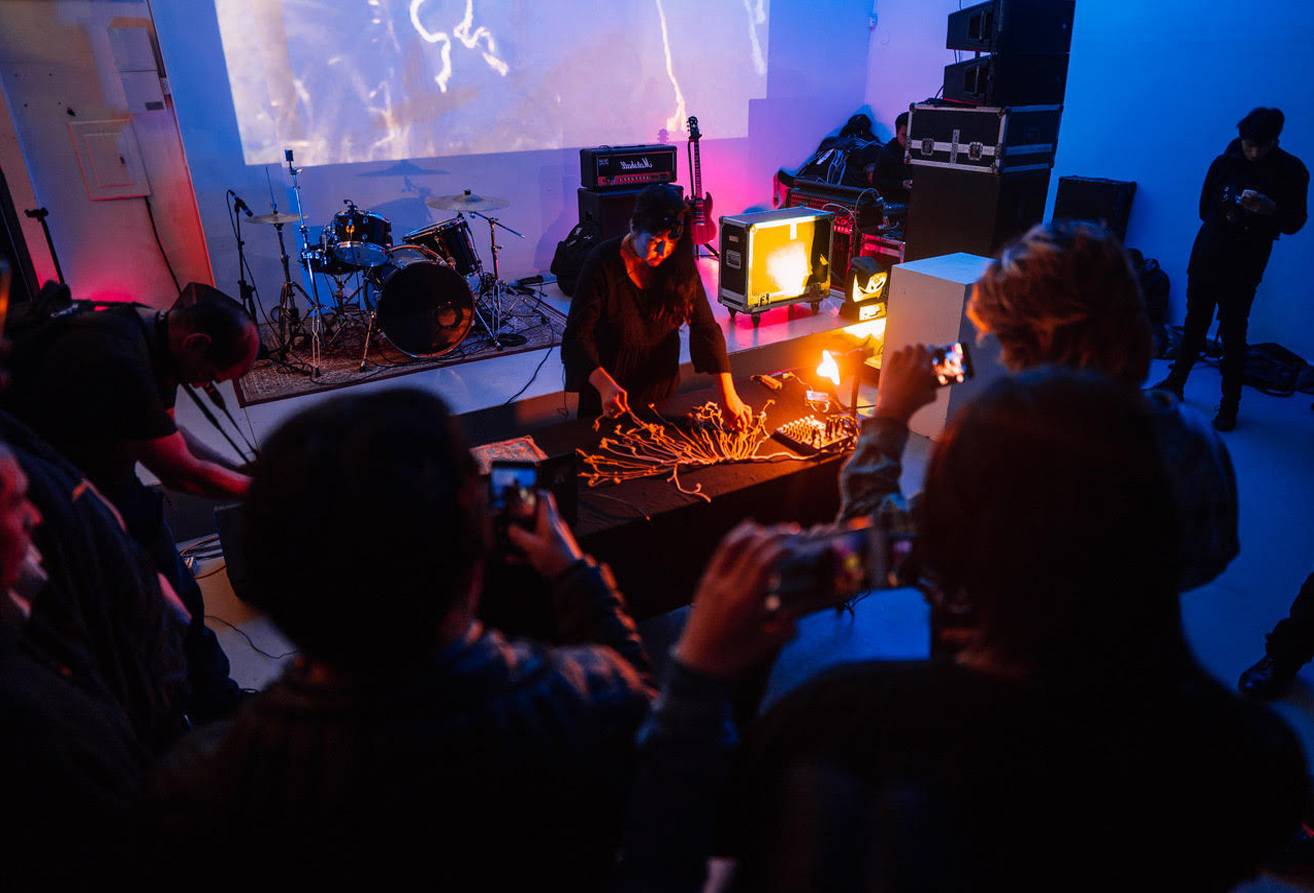 The three textile controllers presented are both works of art and devices that fall within the scope of Smart Textiles and innovate in the discipline of Human-Computer Interaction, allowing the user to experiment with other ways of approaching the execution of sound art or electronic music, this time, with soft and pleasant interfaces to both touch and sight. Referring to forms of expression and thought that are not of Western heritage, its design proposes another approach to technology, where it is common to find devices made of metal or plastic, both in conventional electronic sound presentations and in more experimental ones. The configuration of the controllers included in the sound proposal of Paola Torres Núñez del Prado offers, by its same structure, another way to manipulate the sound that the devices themselves modulate or generate.

-The Hanap Pacha Quipu is designed in the manner of this data storage system based on ropes and knots of the pre-Columbian era. The interface allows the user to reinterpret the first stanza of the polyphonic composition written in Quechua in the 17th century “Hanap Pacha Cussicuinin” that is characterized by its syncretism and its references to both European beliefs and common symbols in the Andean worldview.

-The Shipibo-Conibo Sonified Textile mixes sounds of the Amazonian rainforest with the voice of Auristela Brito, Shipibo singer, who plays traditional karos from her community.

-The Unkuña of Noise allows distorting the composition generated by the Shipibo textile sonified in real time.

"As the layers of textiles covering precolumbian mummies, my work is meant to be "peeled-off" so to be understood, hence there is not just one reading behind the performance "Tender Room 0.1". For starters, I must state that this act is an open political statement, explicit but complex. Fascism and xenofobia are spreading fueled by the instatisfaction of the masses. I give milk to my child, yet the public, next room, mostly sees me remotely yet "real time" and from all angles. "Tender" goes for what is now known as the "Tender Shelters" from the U.S., immigrant-holding facilities that held children separated from their parents (and that we don't hear much about anymore, although the shelters seems to continue existing.) Room 0.1 as in Room 101, from the Orwellian imaginery found in the "1984" novel, and the 0.1 simply references that is the first "version". Must I say, many times I work with textiles due to their social and cognitive relevance. The drone is surveilling us, me and my child, covered up with traditional native, Andean-style fabric, similar to the ones found covering precolumbian peruvian mummies, but mass-made (well known Incan ones like "la momia Juanita" were sacrificed for soothing the Apu's, as the sacred mountains worshipped all over the Andes were called, being this the reason behind the triangular portrayal of the Virgin Mary in syncretic Andean paintings and sculptures.) The remote crowd that is nowadays confronted: "protect the family!" (our family from-that-incoming-threat) would scream one side while being called out by the other outraged side screaming "they are people too", cry that, ultimately, doesn't seem to make a real difference in restraining the growth of hate movements. The baby is ripped off from me, his mother. The drone is still on, recording."

The Corrupted Structures series consist of diverse electronic embroideries based on different textile traditions, that are distorted with visualisations of sounds related to social events or culture clashes.

Interactive Soft Sculpture, 2019. Female voices embedded and exposed through interaction: this particular piece stores the voice of an Andean Quechua immigrant that came to the capital, Lima, to work in housecleaning, sharing her experience with discrimination and the dissolution of her own native language overpowered by Spanish, the main language used in the city. Upon contact with the superficial layer, the voice says "si señor", "si señora" or "si señorita" (yes sir, yes ma´am, yes lady, phrases commongly used by these workers) reflecting the hierarchical and oligarquic structure still very much alive in Peru. Once one starts excavating physically upon the deeper layers, the woman´s own language, Quechua, in the process of dissapearing, starts sounding, and then some phrases are triggered when one reaches the lower layers, that share her experience when humilliated because of her native language. Even if the voices seem to relate to a very particular place and time, one can easily extrapolate this story to that of so many immigrants that come to richer countries and are required to set their own language aside, and usually end up as cheap labour, and most females, as servants or cleaning ladies.

Part of the Waype/Wipes series (2018-), works consisting of multilayered textiles that are, on themselves, industrial imitations of traditional Andean textiles, appropiated for commercial uses and re-sold to local Andean inhabitants. The SSWipes installation reacts to touch, questioning the traditional view of museum and gallery environments that are designed under the imperative of "not touching" - these series of works are not complete until they are touched by the visitor. This is a concept Torres Núñez del Prado has been researching upon since 2007: the tactile qualities of textile support, so to achieve a multisensorial experience.